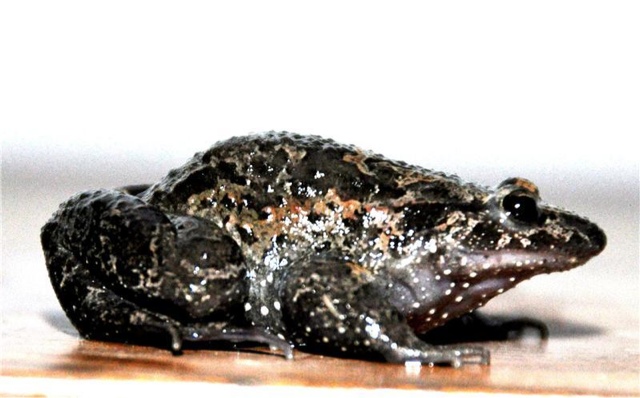 After being considered extinct for sixty years, a species of frog known as the Hula painted frog has been rediscovered. Although this species was actually the first amphibian to be declared extinct by the International Union for Conservation of Nature, a living female specimen was discovered in northern Israel in 2011. This enigmatic frog species was first discovered in the 1940s and was thought to have died out due to the drying up of Hula Lake, but now a team of scientists have published an in depth analysis of the species in the scientific journal Nature Communications. The analysis compellingly concluded that the Hula painted frog differs so strongly from its living relatives that it is likely the sole extant member of an ancient genus of frogs known as Latonia. Thus, this frog is a true living fossil of a genus which was thought to have gone extinct around a million years ago, making this an exciting discovery for zoologists! Thankfully, plans to restore some of the swamp habitat in the Hula Valley are in placement, which could help support larger populations of this relict amphibian. To read more about this discovery, see here: An 'extinct' frog makes a comeback in Israel